I Can’t Stick To A Morning Routine 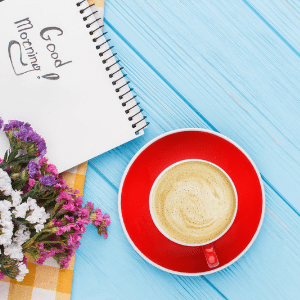 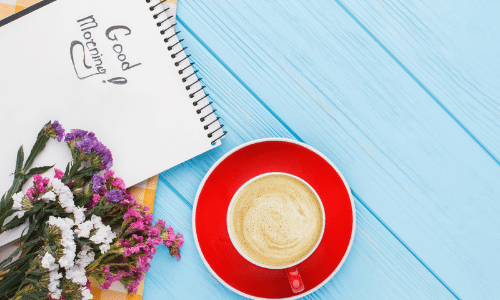 If you search for ‘morning routine‘ in Google there are 262 million results.

Does this mean that millions of people are struggling to create or stick with a morning routine, and if so why?

I suspect it’s to do with productivity and getting more and more done.

I want to get to the end of the day feeling calm, relaxed and that I’ve achieved as much as it’s possible to do.  Content with my achievements. But for many people, that’s impossible and at the moment I’m one of them.  It doesn’t matter how much I achieve, it’s never good enough and there isn’t a morning routine or anything else designed to improve productivity that’s going to change that because it’s about me.

But I think the problem for me is with the word routine and the connotations.  Routine – ‘a sequence of actions regularly followed‘ and synonyms are drill, procedure, regime, regimen.  Doesn’t exactly get the juices flowing.

I’ve tried all sorts of morning routines, a set time to get up, yoga, a cold shower, goal reviews, writing, meditation, and more.  The problem seems to be how on some mornings I want to do those things and on others I don’t.  Some of them I don’t ever want to do, but because of someone who must be more successful than I have said they do it, then I should do it?

At some point, I seem to have decided that the contents of my morning routine had to be challenging and perhaps a little miserable.  So I’ve decided to let myself off the hook and turn it around so my morning is about doing things I want to do simply because I like doing them. No challenge. No marathons. No hair shirts.

If it doesn’t make me feel better on a particular morning, then I’m not going to do it.  I’m now focusing on what feels good at the time. If I wake up at 6 am but I’m tired, then as long as I don’t have an appointment I may just go back to sleep until I feel energised and ready for the day.

What I did find easier was to STOP doing these two things that were setting my day going on a roller coaster of frantic activity. The first was checking my email and social media the moment my eyes opened which was sucking me into other people’s stuff before I do what really matters. The second is not diving straight into work (even when I’m raring to go) but taking 30 minutes or so to read a book or a magazine that has nothing to do with business and which gives me the time to wake up properly.

I also looked at how I could make my morning calmer.  It takes me a while to wake up sometimes and even making simple decisions when you’re half asleep can use up way more energy than it needs to. I found that deciding the night before what I was going to wear and eat for lunch the next day made a huge difference and that getting out the door became slick operation instead of a fumble of stuffing things in bags and diving into the car.

I guess it’s all about picking your battles.